Summons to Full-Time Travel in an Airstream Trailer

Back in winter 2018, I began to contemplate what I wanted to do in the next stage of life.  Both of my children were grown.  One had moved to Florida.  The other was about to graduate from college.

My work also was in transition.  I’d worked hard for years at a pro-life, non-profit medical practice.  There, I devoted my skills in writing, legal analysis, and project management to improving systems, implementing new programs, and securing their transition to a beautiful location with a long term lease.  By 2018, there literally were no projects left for me to do.  It didn’t make sense for them to pay me to answer phones or meet with persons seeking financial assistance, when they could hire others for that.  My skills were underutilized, yet I had to make a certain salary to live in the very expensive location in which I’d raised my children and worked for many years.

Perhaps another pro-life ministry or charity just starting out would be an appropriate alternative.  I thought about networking and updating my Linked In account, but always was too busy.  I also considered whether I should move to a less expensive area to find work, but I’d lived for nearly my entire adult life in Northern Virginia and had no idea where to go.

I decided to place it in God’s hands. 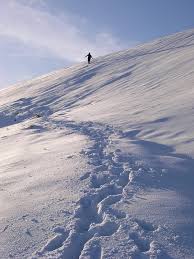 For many years, I’ve followed a spirituality of sanctification of work, spiritual childhood, and trying to live my faith in all aspects of my life.  Last Lent, I felt that I wanted to make a complete gift of myself to whatever the Lord had in mind for me.  “I am yours,” I prayed, “give me the grace to follow your will in all things, to take small steps toward what you will for me, even if I don’t understand it.”

God replied with a surprise.  One day, as I drove to Richmond for a business meeting, I noticed what appeared to be a fleet of shiny airplanes without wings or perhaps models of spaceships.  Intrigued, I noted the exit and on my return home pulled off  to take a closer look.  It was an Airstream dealership.

I had been looking at tiny homes online to see whether I could downsize and cut my expenses.  When I saw the interior of the Airstream travel trailers, I realized I could live in such a space and not be confined to choosing one location without knowing much about it.  Airstreams are sleek, modern, and beautiful inside and out.  Every inch of space is used wisely and aesthetically.

I began avidly watching online videos and blogs of Airstream travelers and full-time RVers.  The Long, Long Honeymoon was particularly entertaining.  I learned about various populations of RV nomads, who by choice or necessity, had opted out of “sticks and bricks” houses and lived on the road, some on public land, some in RV parks for short or long term stays, and some constantly traveling.

Over time, the idea that I could do this took root in my heart.  I realized that the nomadic population, like the rest of our post-Christian society, likely had many people in it who had never experienced the love of Christ for them as children created in His Father’s image.  Could I witness to them through friendship, assist with problems they might experience in their lives, or care for those who needed someone to listen?  Could I manage financially to simply go and then figure out later how to sustain this over time?  And what of my own children, one of whom still needed financial support to finish college and the other who wanted to continue living with me until she could go to graduate school?

During these weeks of discernment, many of the Mass readings were about trust and being summoned to do God’s will.  I placed the idea before God and asked Him that if it was His will that I just trust Him and go and wander wherever He led me.  He answered yes, in many quiet ways, working through others and through the words of Scripture and my favorite saints. 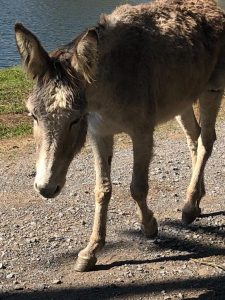 Being practical, I researched the costs, created spreadsheets, and consulted a financial analyst.  I’d always been prudent with spending and lived below my means, so effectively retiring early was not impossible.  I love the outdoors and camping, and I like to drive.  Even though I’d never traveled in a trailer, it seemed a feasible way to live in relative comfort and go to many places I’d never seen.  I’d never driven a truck, but that was easily remedied.  Nothing was set in stone.  If I needed to return to work, find work I could do on the road, or settle down in one location, that could happen.  Airstreams hold their value more than other trailers, if I decided the nomadic life was not for me.  Best of all, I could visit my children easily no matter where they ended up by bringing my own little home with me.

Then I prayed, if You want me to do this, please remove all the obstacles.  If I’m not hearing You correctly, then make it clear that I should not do this.  I felt an incredible sense of peace and happiness at being free to choose to follow whatever God had in mind for me.

Things fell rapidly into place.  My children were supportive.   I decided to purchase a truck suitable for towing the size Airstream I preferred, while keeping my car for my daughter who lived with me to drive.  That way I could learn how to drive a truck, a much larger vehicle than I’d ever driven before, over the course of the year.  You can read about my truck purchase and how I named it in another blog entry: https://tincanpilgrim.com/2019/03/23/bruce-and-veronica/.

My financial advisor suggested that I not wait a year, as I originally had planned, because it would work out better to do it sooner rather than later.  Similarly, my realtor was confident I could sell my townhouse condo in highly desirable Fairfax City for the price I needed this year, but if I waited it was harder to predict.

I talked with my neighbors, Joanne and Hank, about my plans one Friday night, after a very long day when I’d arrived home quite late.  They were very encouraging and excited for me.  The next morning, after Mass, I came home to find a beautiful bouquet of red, white, and blue roses in a vase at my door.  There was a card, but I assumed the flowers were for my daughter from her boyfriend.  I called her and she looked at the card and laughed, saying “Mom, this is for you!”

The cover of the card was a photo of a winding road with a blue sky and mountains.  Inside, my neighbors had written that they sent the flowers to celebrate my independence and courage in following what they felt sure was a call from God for me to travel and minister to others on the road.  My daughter was touched by the card and flowers.  She urged me to go right over to thank them in person because it was so sweet.  I did.

During my conversation with Joanne, I mentioned that I wished I could go sooner, but I did not want to disappoint my daughter.  She was counting on living with me until the following summer when she planned to leave for graduate school.  Joanne suggested that I talk with my daughter about moving up the timeline, and I said I’d think about it.  I asked Joanne how she managed to find the perfect card and flowers on such short notice, since we’d only talked last night.  She said “well, yesterday morning I was at the Dollar Store and this card caught my eye.  I decided I should buy it and just have it to give the right person at the right time.  Then, we talked to you and thought of picking up the roses and I realized I had the right card for you.”

Inspired by that grace, I told my daughter about our conversation and asked her if she wanted to live with me for another year.  “Mom, I’ve only been staying with you because I thought you’d be too lonely if I moved out too,” she said.  “A few weeks ago I had the chance to move in with one of my friends from work, but I don’t know if that is available now.”  I suggested she call her friend, who, surprisingly picked up immediately.  The spot in an apartment with two other women was still available.  In one phone call, my daughter had a place to live and a move-in date for when we returned from a long-planned vacation coming up soon.

I talked with my supervisor on Monday.  She asked me to stay long enough to train my replacement and finish some ongoing minor projects.  Better yet, she wanted to contract with me to do some limited consulting on the road.

As it turned out, I had three weeks to get my house ready to sell before leaving on that vacation.  The realtor felt the best time to put it on the market would be while no one was home.  Before I returned from vacation, it had sold.  With a month until closing, I used the time to literally give away nearly everything in the house, keeping what I needed for a space less than one tenth the size with its own built-in furniture.  By the time the sale closed in early October, I was down to a small 5×5 storage unit for mementos and heirlooms.

Next, I started calling Airstream dealerships to find the particular model and features I thought would work best for me.  My Airstream turned out to have just arrived on a dealership’s lot in Fort Myers, FL.  The dealership was able to hold it for me until I could pick it up in late September.  So, within a very short time, everything fell into place for me to leave as soon as the sale closed.

God is very generous and I’m enjoying my marvelous adventure.  This blog is now part of it.  Many of the people I met on the road, especially those at parishes or those who live in RVs but were pretty much stationary, asked me to write and tell them about the places I visit.  That was the spiritual genesis of Tin Can Pilgrim.

In thanks for how I’ve been led to where I am, here’s a traditional Irish blessing for all my fellow travelers, both real and virtual:

May the road rise to meet you, may the wind be always at your back, may the sun shine warm upon your face and rains fall soft upon your fields.  And, until we meet again, may God hold you in the palm of His hand.