God Knows My Needs Before I Do — Camp Hosting This Summer

Often our plans are not the plans God has for us.  Letting go of our own seeming control over our schedules is a grace.  The spiritual and practical rewards of looking for God’s will in all things were brought home to me this summer.

I unexpectedly became a camp host in May at a park in northern Virginia. Camp hosting involves living for free on a park site in exchange for labor needed to maintain the park and provide a great experience for guests. It varies tremendously from place to place, ranging from cleaning to public relations, arts and crafts, registration, or office work, as well as being a roving ambassador of sorts for the park to assist campers by answering questions.

My camp host position in northern Virginia provides a site with full utilities (or “full hookups” in camper parlance) plus a pool pass, with an expectation of providing the equivalent of twenty hours of physical labor per week, cleaning bathhouses, cabins, and campsites, assisting with arts and crafts activities and special events offered by the campground, and being on call to help campers if needed. The physical labor substitutes quite nicely for joining a gym! The arrangement lets you camp one area for much longer than normally allowed (typically you can only stay up to two weeks in a state or national park).

It came about this way. I’d hoped to never spend another stifling summer in the crowded metro DC area. In May, I was camping near Fredericksburg, Virginia, a lovely town with many historical sites and great restaurants, so I could help my daughter move from the Washington suburbs to central Virginia. The drive to my daughter’s place was at least an hour with no traffic and potentially two hours with traffic. Faced with that daunting commute, I found a spot closer to her at a Northern Virginia Regional Park. I could only reserve two days, as it was right before Memorial Day weekend.

The park was a lovely surprise. It was very shady with large campsites, and secluded from the surrounding major roads by the sheer length of the drive past day use areas of the park. I introduced myself to two friendly people who were cleaning the fire pit at a neighboring site. They were camp hosts and had just started their summer shift. I mentioned I was camp hosting in Florida next spring. They asked whether I might be able to do it now. One of the incoming hosts had broken her arm. The park needed a replacement quickly – no later than the end of June. They suggested that I stop by the camp store and apply.

Since the location was so attractive, and the camp hosts so welcoming,  I picked up the application at the camp store.  I talked with one of the two supervisors who needed to interview me. Unfortunately, I was tied up with moving for the next two days and could not find a time to schedule an interview slot during those two days. I was leaving for Ohio right after that, and not available until the time they needed someone to start. The campground supervisors had several interviews lined up and were going to make a decision before I’d be back.

Just then, as I was talking with the person who had just interviewed me, the sky opened up with an afternoon thundershower. The only other person who needed to interview me came into the camp store to get out of the pouring rain. It turned out he had fifteen minutes available to interview me on the spot, right then and there. It went well and they told me they would make a decision very soon. If they did offer me the job, they wanted a several month commitment.

I asked God what He wanted me to do. I had planned to depart for Colorado and Utah in late June. This position would require me to stay until mid-September. I prayed that if God wanted me to stay, then let me receive the job offer and I’d take it, and if He wanted me to go, then let me not receive it. If there were people He wanted me to get to know or things He needed me to do in northern Virginia before embarking on my adventure out west, I’d cheerfully accept another steamy summer here.  The next day I received a call offering me the position. I’m able to be close to my friends and my daughter . The manual labor is great exercise, I’ve made new friends, and the camp host experience will help me secure other spots as I travel.  Best of all, I now have a place I’m glad to return to periodically near my roots in northern Virginia.  Next year, I’ll come back in the fall to host again. 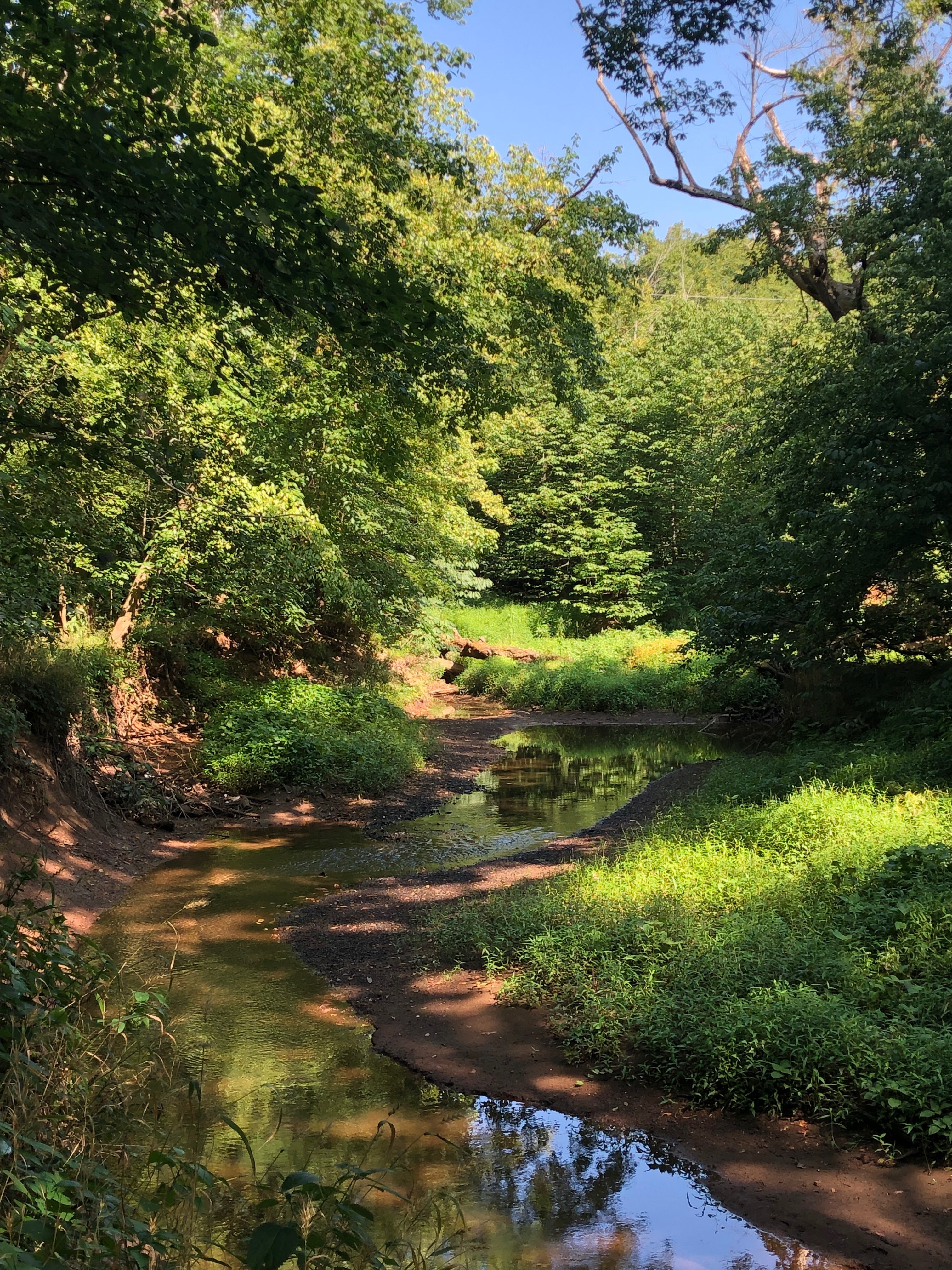 I’m still headed West later this month, but will save Colorado and Utah for another trip as I have some plans for October and later in New Mexico, Texas and Arizona. Of course those are only my plans.  We’ll see what actually happens!